Happy 200th Anniversary, Frankenstein! The current Historical Novels Review (HNR Issue 85) features Bethany Latham’s cover story, Happy 200th Anniversary, Frankenstein. In her tribute to Mary Shelley’s classic horror novel, first published in 1818, Ms. Latham references several novels based on Shelley’s original, including my Confessions of the Creature. Here’s an excerpt from the article:“The struggle to achieve or keep humanity, even the very definition of what it means to be human, fascinates authors who tackle Shelley’s work. In Confessions of the Creature(Fireship, 2012) by Gary Inbinder, the creature is given the opportunity for normalcy, starting with his outward appearance. Inbinder notes that it is first “Frankenstein [who] denies the creature’s humanity. As their hatred for each other grows, both creator and creature become less human, more monstrous.” Rejected by his creator from the outset, Shelley’s poor creature was never offered the empathy he perhaps deserved; Inbinder chose to be kinder: “In my sequel, the creature is given the chance of becoming truly human, the person he was meant to be. No longer hideous, the transformed creature sets out on a quest for redemption through love, the love that was denied him in Shelley’s novel.”’I was honored to have my novel chosen for reference in this fine tribute to a classic. My thanks to Ms. Latham and the HNR!Confessions of the Creature is currently available in both paperback and e-book from Amazon, Barnes and Noble and other retailers.
Posted by Gary Inbinder at 8:37 AM No comments:

The Man Upon the Stair: Excerpt


This week's issue of Bewildering Stories features an excerpt from my third Inspector Lefebvre historical mystery, The Man Upon the Stair. Here's a link to the excerpt.

http://bewilderingstories.com/issue747/man_stair_ex.html
The Man Upon the Stair will be out February 6, and is currently available for pre-order at Amazon, Barnes and Noble and other retailers.
“A dizzying number of details recreate the nineteenth-century Paris of artists, prostitutes, aristocrats, gamblers, and spies. Achille continues to endear, with his mashed flowers and good heart, much like Louise Penny’s Armand Gamache.”
- Booklist
“The third of Inbinder’s lush, leisurely period procedurals favors the journey over the destination, with back stories and period touches in nearly every chapter.”
- Kirkus Reviews
“Inbinder’s solid third mystery set in fin-de-siecle Paris finds the capable Achille Lefebvre dealing with blowback from the arrest and execution of terrorist bomber Laurent Moreau. An intriguing plot. ”
- Publishers Weekly
“A wonderfully atmospheric period policiere.”
- The Wall Street Journal (Praise for the Achille Lefebvre series)
“Inbinder's tale is an enjoyable romp through a vibrant time in history with great artists, Can Can dancers, and underworld mobsters set against a pleasingly tawdry Parisian backdrop.”
- The Cleveland Plain Dealer (Praise for the Achille Lefebvre series)
“Inbinder weaves a wonderful tale and his plotting and pacing are right on the money. ”
- Crimespree Magazine (Praise for the Achille Lefebvre series)

Posted by Gary Inbinder at 7:56 AM No comments:

The Man Upon The Stair

I'm thrilled to announce the upcoming publication of the third installment in my Inspector Lefebvre: Mystery in Fin de Siecle Paris series. The Man Upon The Stair will be out from Pegasus Books, expected publication February 2018. Many thanks to the growing number of Achille Lefebvre fans who have kept the series going!
"In The Man Upon the Stair, Gary Inbinder’s brilliant detective Achille Lefebvre returns to solve the mystery of a disappeared millionaire in the sensational, atmospheric world of fin-de-siecle Paris.At the public execution of the anarchist assassin Laurent Moreau, the outgoing Chief Inspector warns his protégé, the newly promoted Lefebvre: “I’ve heard that some of Moreau’s cronies have sworn revenge. You don’t want to get killed your first week as chief.”Meanwhile, Lefebvre is charged with investigating the disappearance of the Baron de Livet, a brash millionaire with connections to Russian spies and a history of gambling, womanizing, and fighting in duels. The case is more complicated than it seems, of course, and Lefebvre and his team must make sense of a poisoned maid, an unidentifiable stage coach, and a missing briefcase full of cash. The Baron’s connection to the world of international espionage means that if the Inspector isn’t fast enough, the Baron’s disappearance might trigger a war.And Lefebvre mustn’t forget those stalking anarchists who are out for his blood, as he searches for the man who wasn’t there…" 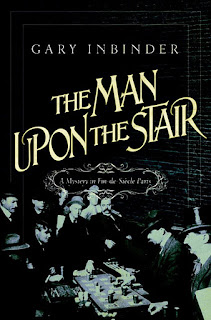 Posted by Gary Inbinder at 2:45 PM No comments:


Like many fin de siècle Parisians, Inspector Achille Lefebvre is looking forward to a pleasant summer holiday at a seaside resort with his wife, Adele—but a body found hanging from a bridge in a public park interferes with the inspector's plans.
Paris: July, 1890. Inspector Achille Lefebvre and his wife Adele are enjoying their stay at a seaside resort—until a body found hanging from a bridge in a public park demands the Inspector's attention.
Is it suicide or murder? A twisted trail of evidence draws Inspector Lefebvre into a shadowy underworld of international intrigue, espionage, and terrorism. Time is of the essence; pressure mounts on the Sureté to get results. Achille's chief orders him to work with his former partner, Inspector Rousseau, now in charge of a special unit in the newly formed political brigade. But can Achille trust the detective who let him down in another case?
Inspector Lefebvre uses innovative forensics and a network of police spies to uncover a secret alliance, a scheme involving the sale of a cutting-edge high explosive, and an assassination plot that threatens to ignite a world war. 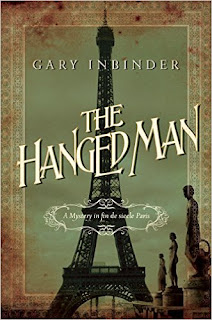 The Devil in Montmartre

My new historical murder mystery, The Devil in Montmartre: A Mystery in Fin de Siècle Paris, will be out this year in hardcover edition from Pegasus Books (Distributed in the U.S. by W.W. Norton, & Co) with an expected December 15, 2014 publication date.

Amid the bustle of Paris’s 1889 Universal Exposition, workers
discover the mutilated corpse of a popular model and Moulin
Rouge Can-Can dancer in a Montmartre cesspit. Hysterical
rumors swirl that Jack the Ripper has crossed the Channel,
and Inspector Achille Lefebvre enters the Parisian underworld
to track down the brutal killer. His suspects are the artist
Toulouse-Lautrec; Jojo, an acrobat at the Circus Fernando; and
Sir Henry Collingwood, a mysterious English gynecologist and
amateur artist.

Pioneering the new system of ﬁngerprint detection
and using cutting-edge forensics, including crime-scene
photography, pathology, and laboratory analysis, Inspector
Lefebvre attempts to separate the innocent from the guilty.
But he must work quickly before the “Paris Ripper” strikes
again.


“Fin-de-siecle Paris comes brilliantly alive in The Devil in Montmarte. With an insidious conspiracy against Toulouse-Lautrec and a cast of characters including artists, writers, Can-Can dancers, and an evil circus clown, Gary Inbinder lays a plot as fascinating as the midnight streets of the Parisian Right Bank.” (Michael Wiley, Shamus Award-winning author of A Bad Night’s Sleep)

“Has Jack the Ripper reemerged in Paris? Or did Toulouse-Lautrec, or any number of colorful suspects, dismember a beautiful young woman? With vivid historical detail, Inbinder takes us on a twisted journey through gaudy, gritty fin-de-siecle Paris to a shocking denouement.” (Barbara Corrado Pope, author of The Missing Italian Girl) 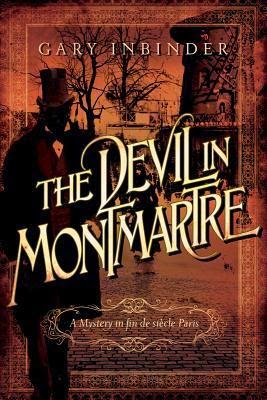 In Whit Stillman's film, Metropolitan, one character describes his rival as follows in a funny scene at a Debutante Ball after-party:
"Rick Von Slonecker is tall, rich, good-looking, stupid, dishonest, conceited, a bully, liar, drunk and thief, an egomaniac, and probably psychotic. In short, highly attractive to women."
That description from a 1990's Indie comedy of manners could apply to Georges Duroy, aka Bel Ami, the quintessential unlikeable protagonist of Maupassant's 1885 masterpiece. Granted Duroy is neither alcoholic nor stupid, and he doesn't start out rich. Otherwise, the description suits him to a tee.
After serving a hitch as a junior officer in Algeria, Duroy, the son of peasant innkeepers, tries his luck in Paris. A fortuitous meeting with an old friend launches a career in journalism. Soon, Georges is climbing the social ladder over the bodies of several influential society women, including his friend's wife. Dubbed Bel-Ami by one of his mistresses' daughters, he conquers with a charm reminiscent of the amorous cartoon skunk, Pepé Le Pew. The rags to riches story incorporates a clever sub-plot in which a cadre of unscrupulous politicians and their journalist cronies profit from a colonial power grab in North Africa.


Duroy reminded me of Edith Wharton's predatory social climber, Undine Spragg (The Custom of the Country). The fictional adventures of such amoral scoundrels are often more engaging than those of worthy protagonists. That's especially true when a great storyteller such as Maupassant or Wharton tells the tale. I highly recommend "Bel Ami" to anyone interested in the Belle Époque, and especially to those who prefer an acerbic alternative to a sugarcoated Cinderella story like the musical "Gigi."
Posted by Gary Inbinder at 1:33 PM No comments:

Arleigh Johnson reviewed Confessions of the Creature for HNR Issue 61 (August 2012). You can read the review online at the link below.

historicalnovelsociety.org/magazines/hnr-issue-61-august-2012/
Posted by Gary Inbinder at 3:12 PM No comments:

Gary Inbinder
Gary Inbinder is a retired attorney who left the practice of law to write full-time. His fiction, articles and essays have appeared in Bewildering Stories, Halfway Down the Stairs, The Absent Willow Review, Morpheus Tales, Touchstone Magazine and other publications. Gary is a member of The Historical Novel Society and Mystery Writers of America. He is also a member of the Bewildering Stories Editorial Review Board. His Inspector Lefebvre Series,The Devil in Montmartre(2014), The Hanged Man (2016) and The Man Upon the Stair (2018) is published by Pegasus Books. The Flower to the Painter (2011) and Confessions of the Creature (2012), are published by Fireship Press. Literary Agent:Philip G. Spitzer Literary Agency Inc.